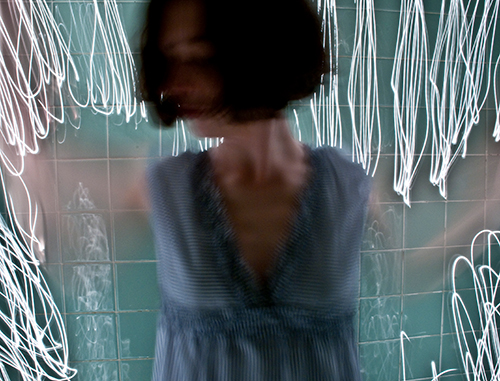 Greece
An old adage holds that although all music is sound, not all sound is music. Of course, Maria Papadomanolaki-a.k.a sound artist Dalot-will literally hear nothing of it. Whether sampling gulls from her window in Brighton or sirens ripping through New York City, all sound has value. Although "ambient" or post-rock are worthy descriptors, influences ranging from soundwash engineers Stars of the Lid, eco-glitch pioneers Boards of Canada and minimal multi-instrumentalist Colleen make comparisons to Dalot's music difficult.

Papadomanolaki's roots in noise rock and her proper education in music help to create a fine balance between knowing how to sculpt the perfect sound as well when to shatter it. From launch, a Dalot track may ascend to gilded heights aboard an angelic vocal or divine melody or, conversely, drop the listener into a smoggy dystopia alive only with the whirring of dying machines.

As with Dalot's first release - 2009's "Flight Sessions EP" - "Loop Over Latitudes" (2010/ n5MD ) is sequenced much like one of the novels she once studied in her native Greece. Such sequence of storytelling can also be found on 2011's "Minutestatic" which was borne of late night improvisations that were sparked by events in Maria's life that resulted in a very emotionally prolific period in her creativity. In 2013 she completed the "Ancestors" EP which was inspired by her grandfather's old photographs.

In late 2015 Maria wrote and recorded "Mutogibito". It was written as a gift for her then unborn daughter Athena. With collaborative contributions from Ruxpin, Olena (Asonat), and longtime friend Filtig, Mutogibito is far lighter and more uplifting album. Harkening back to the airiness of her "Flight Sessions EP" while pushing unapologeticlly forward.

While all of Papadomanolaki's releases possibly tell a story she is probably the last person who would enforce how her music should be heard, it is nonetheless difficult to divide the storyteller from the musician. In the end, even she would have to agree that they are inseparable.