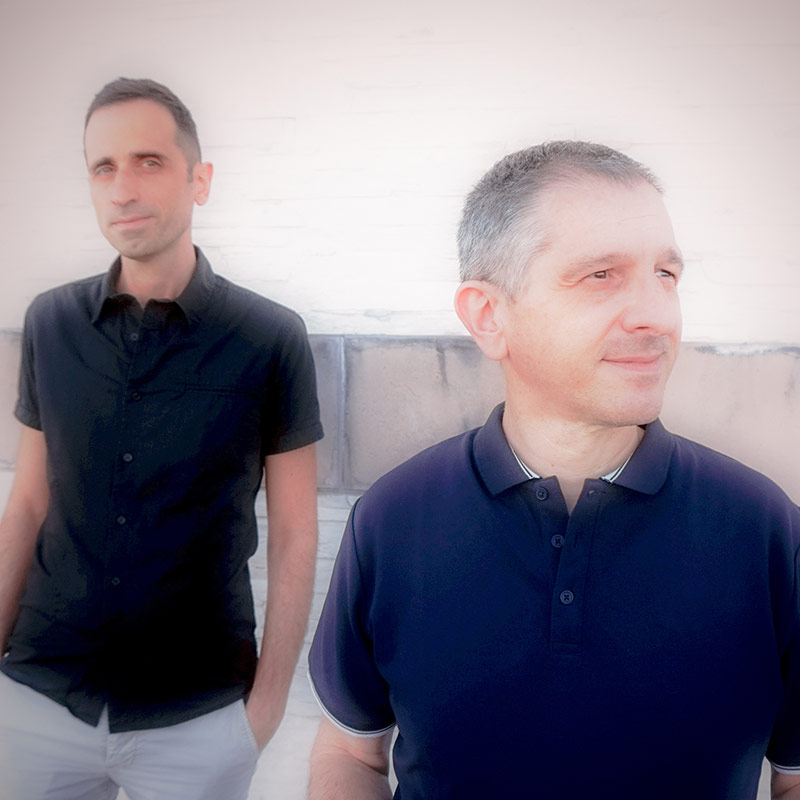 Italy
ILUITEQ is an ambient music project founded by Sergio Calzoni and Andrea Bellucci, respected musicians within the Italian experimental ambient scene, with several albums released under various monikers and bands such as Red Sector A, Subterranean Source, Orghanon, and Colloquio.

The duo's aim with ILUITEQ is to explore the many facets of ambient-electronic music, with meticulous attention to sound design and soothing melodic arrangements. All the tracks have been conceived with a unique palette of sound timbres, making use of a wide range of sampling and synthesis techniques. Their sound is further enhanced by parts of electric guitar, acoustic piano, and field recordings.

Shortly afterward, The Ambient Zone/Just Music released the EP "No Longer Know (follow the light mix)." Mary Anne Hobbs featured one of the EP's tracks on her BBC radio program.

At beginning 2020 the 5 CDs compilation boxed set "Nagual 5" was released by TXT Recordings, featuring four new ILUITEQ tracks. Shortly after its release, the duo signed on to n5MD and released their sophomore album "The Loss of Wilderness" in 2021. For their third album, "The Light Inside, the Dark Outside," the duo utilized the current state of the world as inspiration to create something in stark juxtaposition to the disorder that surrounds us.