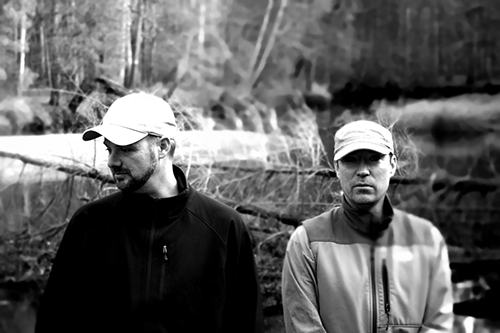 United States
Loess is the work of Clay Emerson and Ian Pullman, two friends who found a mutual interest in music and a desire to create their own sounds. Guided by the environments they live in, Loess approaches their music with a strict focus on the source and character of sound. Though inherently ambient, Loess tracks typically feature a percussive element to guide the songs and foster a feeling of building and collapsing. Their production techniques attempt to blur the lines between rhythm, melody and sound. Loess released their eponymous debut album on their own Nonresponse imprint in 2001. Philadelphia became their home base in these early years and as their self-titled album gained attention, they released a couple of EPs by way of the second chapter of Toytronic's 3D Concepts and their installment of n5MD's early 7ransparen7 series of clear 7 inches. Their next full length 'Wind and Water' was released by n5MD in 2006 to widespread positive reviews. Having fully relocated into the Pine Barrens of New Jersey, 2009 saw the release of 'Burrows', a compilation of rare singles, previously unreleased material, and a few new tracks which suggested a slightly darker direction. To the frustration of many of their listeners, the production output of Loess could be described as progressing at a glacial rate. 2017 brings their glacial period to an end with their new full-length 'Pocosin', an album that reflects the duo's collective anxiety and optimism.