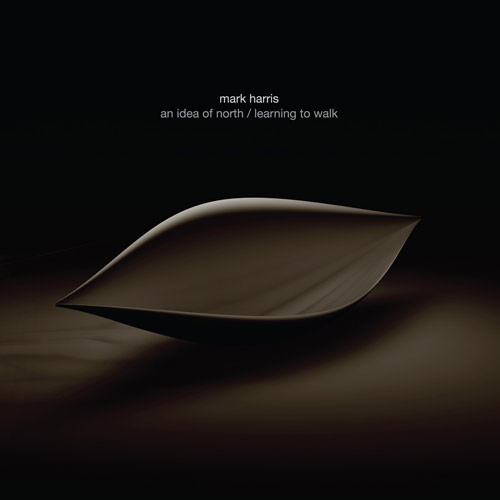 An Idea of north / Learning to walk \ CD / Digital

MD195
The genesis of the composition "An Idea of north / learning to walk" started over the christmas period in 2010, We had unusually heavy snowfall in the UK that year and for a few days I was snowed in, isolated in my home studio. So deciding to make the best of the enforced time off, without any pre-planing I set up some equipment, sat down and started playing - the central piece "An Idea of North" flowed out seamlessly in one take. Listening back a few days later I was struck by how the piece had a strong sense of being within a landscape, evocative of the extreme weather and my emotional state at the time.

As I usually work by a process of improvisation, and often use memories of environments / landscape as a starting point for a composition - I gradually began to think of creating a longer composition which would seamlessly merge pieces around the work I've just created, which would give the listener the impression of a journey through various environments / landscapes (both physical and emotional) gradually moving from the familiar to the more extreme / isolated and "darker" spaces and then gradually returning "home" at the end of the piece.

Over 2011 I worked on a number of new compositions and began the long process of reworking / remixing which would eventually became "An Idea of north / learning to walk" which will be my first release on n5MD. I'll like to thank my friend Bobby Bird (Higher Intelligence Agency) who did the final mastering on the CD which really opened the sound dynamics and enhanced the "cinematic" feel I was striving for. Please enjoy. Learn more about Mark Harris
bandcamp
Spotify
iTunes