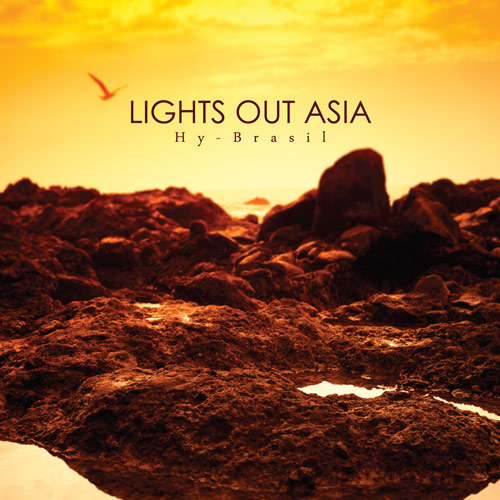 MD200
Hy-Brasil was said to be a phantom island off the south west coast of Ireland. The island's lore contains such accounts as more advanced yet opulent inhabitants, an unusually round geographical layout, and a strange attribute of only being visible every 7 years. To further add to the island's mystique it is widely speculated to be the geographic coordinate included in an alien binary code that is also thought to include the phrase 'EXPLORATION [of ] HUMANITY'. Such multifaceted myth seems to be the perfect name sake the band Lights Out Asia's multifaceted 5th album.

For Hy-Brasil the band is now back to the core duo of Mike Ystad and Chris Schafer. The absence of Mike Rush's guitars have left a bit of space for the duo to explore more visceral sometimes 'Vangelian' synthwork, warm emotive cello passages and more dexterous electronic beat workouts. From the opening track onward each composition on Hy-Brasil twists and turns through the organic and synthetic seamlessly while yielding what we think is their most dynamic, expansive and universally accessible album to date. The sense of urgency so prevalent on their previous album In The Days Of Jupiter has given way to an underlying mood that seems to reflect moments of transition or exhausting post-catharsis. Maybe even an 'exploration' [of] the duo's own 'humanity' while looking outward, questioning what truly "is". [52 09'42.532" N 13 13'12.69" W] Learn more about Lights Out Asia
bandcamp
Spotify
iTunes

other n5MD releases from Lights Out Asia