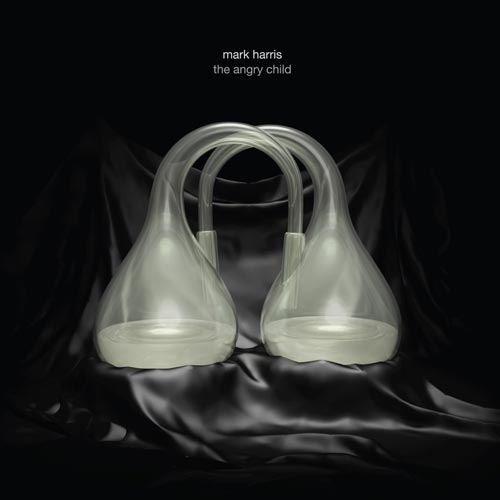 MD223
In the final stages of work on by last release for n5MD (an idea of north_learning to walk) . I was working on a series of compositions which gradually coalesced into the short piece "The Angry Child". As part of my working process I tend to amass a large amount of samples / software patches / field recording's / and software application's I create for each piece. I then gradually edit down - and though an organic process of improvisations and reworking the final piece gradually emerges. Maybe analogues to an iceberg where the final work as the bit which floats above the surface, and under the surface is the mass of unused material which never see the light of day.

A few months later when I was in my studio collating the project I was struck by how some of the earlier improvisation (which were not in any sense finished piece's) took the piece in strange and unexpected directions and had potential to become pieces in there own right. I therefore decided for my next release to work only from the material I created for "The Angry Child".

Over the next year of working on the project I was constantly surprised by how the same source material would take me into new areas and directions I hadn't originally planed, often taking me into more "darker" territory. Often the process of working on new pieces would create new material which I gradually added to the "pool" of original source material I worked from. I began to feel the process was comparable to zooming into a fractal where the same information is constantly generating new and unexpected results. This organic process gradually became the five additional tracks which accompany the original "The Angry Child" for my new release for n5MD.

I usually put a project "to bed' for a few months and not listen to it and come back to it fresh (I've always feel there's a danger of getting too close to your work). Listening back I was stuck by how all of the pieces were evocative of the landscape of rural Norfolk in the UK where I spent a lot of time when I was a boy, an endless flat landscape where the tide would take the sea out from miles and at times the sea / the sky / and the weather all gradually merge together. I remember how as a boy I would spend hours sitting on a small hill looking out to sea watching the light / clouds and weather gradually change... I hope the listener catches something of the feeling of that place and time by listening to this work, so please, enjoy. -Mark Harris Learn more about Mark Harris
bandcamp
Spotify
iTunes