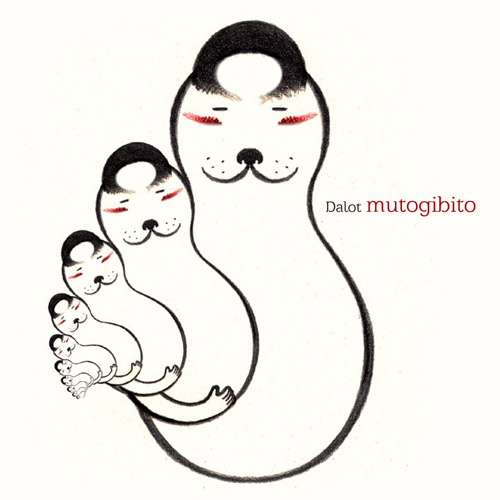 MD246
In 1939, Jorge Luis Borges rewrites Cervantes' Quixote as fictional character Pierre Menard. The result of the rewriting is a line-for-line identical version of the original, written however from a 20th century perspective. Borges considers the new version to be much richer than the original; its richness lies not solely on the material itself but on the events that predate it. Literary cliches and narrative predictability suddenly take on different meanings.

Dalot's new album is similarly a revisit and departure. After having gone through various waves of ambient/post-rock composition, like the experimental Labradford-ian Loop Over Latitudes, the SOTL/long composition 'orchestral' dark serenity of Minutestatic and a series of more formal experiments and collaborations, Dalot returns with an album that somewhat reminds of work even as early as her first EP Flight Sessions. In fact, Mutogibito goes further back to post-rock's often over used patterns that Dalot and most similar 00s artists would probably shy away from. Only in this case, they are seen from the melancholy distance of the 21st century and through the existentially tainted glasses of motherhood.

With a more cyclical and loopy nature than Dalot's more recent work and certainly sunnier than most of her releases, Mutogibito is an album about birth as a process of repetitive motions and creativity as a mixture of textures and gestures that frequently are not about self-reinvention, but the acceptance of ones own cliches as they form through gestural repetition. Songs like "Tear" and "Lift" appropriate all sorts of 90s post-rock and IDM sensitivities, reminding even of Godspeed or Plaid and Dalot sounds more song-y and structure-specific than ever before.

In Mutogibito, it is frequently difficult to tell who is actually the composer: Dalot herself as a sound artist in 2016, the teen Dalot music collector of the late 90s, the abstract and yet unformed new-born Athena baby, Dalot's long-time collaborators, the parade of influences and the history of ambient music, the passing of time itself. The listener is invited to immerse themselves in it and bring their own aural experiences, adding yet another layer to the cyclical multi-referential nature of the album Learn more about Dalot
bandcamp
Spotify
iTunes

other n5MD releases from Dalot