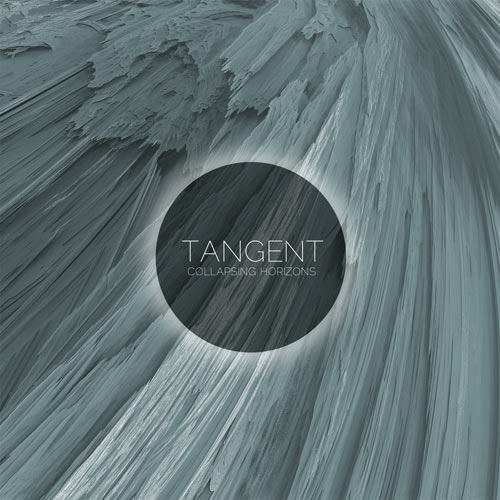 MD248
Collapsing Horizons is the third full length album from Netherlands based deep ambient duo Tangent. This album much like the two preceding it—2013s "1mk2" (Mindtrick) and 2014s "Transience" (Tympanik)— is a sonic journey with arching atmospheres and themes. An aural representation of the formation of matter and it's disintegration in unison. The music, much as the album's namesake, could very well be the soundtrack to new universes being created on the ashes of collapsing ones. When asked about the specifics of the album's theme the duo eloquently state: "[Collapsing Horizons] is about looking at our reality and finding out that things are shifting. Even our personal reality is constantly changing and it sometimes might be a good idea to give yourself some perspective. These shifts of change are not always easy and sometime things really need to be broken down in order to make it work again."

Ralph van Reijendam and Robbert Kok who are the two behind Tangent moonlight in a long list of paradoxical musical projects. Fire Walk with Us, Rob Klerkx and the Secret, Disavowed, and Synesis Absorption are all quite different from Tangent's sprawling yet steady ambiance. This such daily musical juxtaposition allows Tangent the immersive focus on the ideas that make Tangent what it is. It would be a misnomer to think that with all the extra curricular time spent in more extreme forms of music that Tangent is a frenetic force. They are exactly the opposite. Dense pads, rolling beats and brilliant shimmers of resonance punctuate their electronic based instrumentals in just the correct manner to stargaze, day-dream, bliss-out, or even brood about starting over...

Collapsing Horizons is out September 16th and will be available on limited physical formats including compact disc, clear with white splatter vinyl, and transparent blue with white vinyl. Learn more about Tangent
bandcamp
Spotify
iTunes

other n5MD releases from Tangent